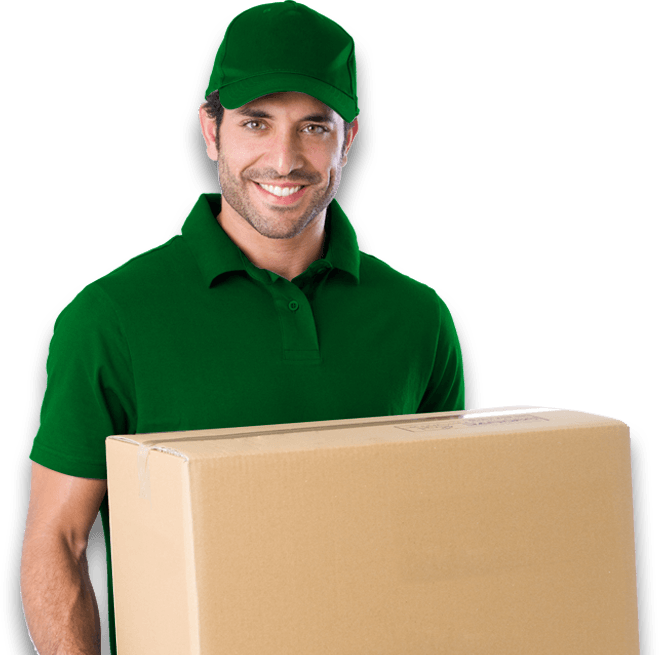 Brooklyn is home to many top attractions. It’s no mystery why it is is a popular place for families and businesses as well. Whether you’re moving to this tropical city or you’re moving within the area, you need a moving company you can trust near you. At Buy The Hour Movers, we’re the most trusted local Moving company in the area. If you’re moving residential or even moving long-distance, you can count on our top quality moving services and complete moving solution!

When you’re looking for professional moving and storage service in Brooklyn, it’s important to look for local Brooklyn movers you can trust. At Buy The Hour Movers, our reputation for top quality professional mover NYC solidifies our distinction as the best NYC mover around.

We also carry all the necessary licenses and insurances with our moves. Our reputation, service, and reviews all help us stand apart as the best choice for our customers when it comes to moving companies in the neighborhood:  Bushwick, Williamsburg, Greenpoint, Prospect Park, Red Hook, Brooklyn Heights, Battery Park City, New Jersey, Sunset Park, Dumbo, Gowanius, Bronx, Park Slope, Staten Island, New York and the rest of the East Coast. 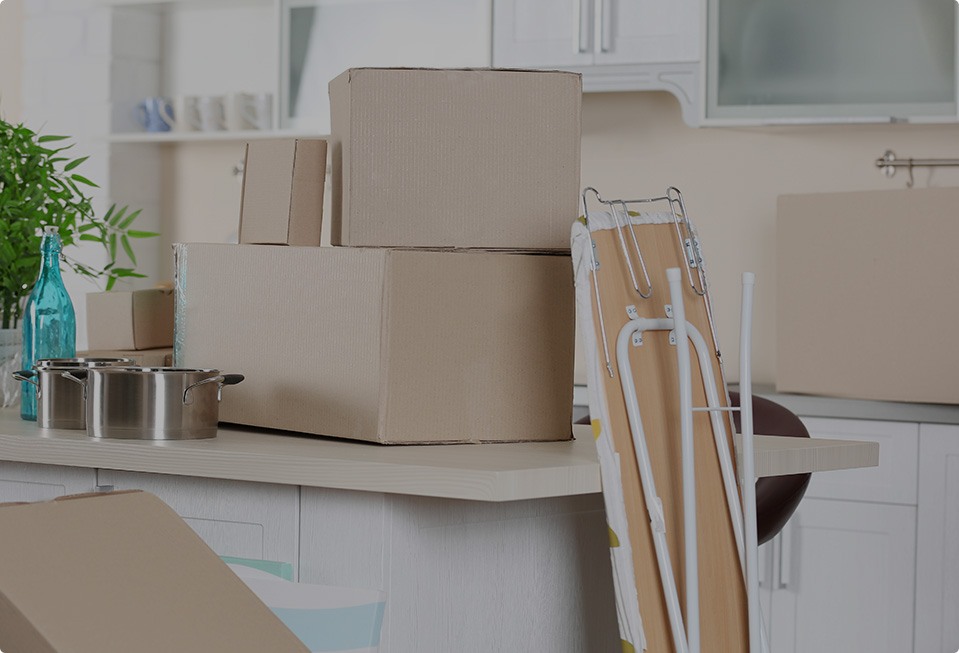 At Buy The Hour Movers, we believe in offering truly personalized moving services and experience in your every move. Whether you’re utilizing our local or cross country moving, you can rest assured that your move is our priority. Our team offers optional jobs such as packing and unpacking help. We’re also the most trusted piano movers in New York City. We can move pianos of all sizes, along with large furniture as well – stress-free!

When you call the best Moving company in Brooklyn NY and New York City at Buy The Hour Movers, you’ll receive truly personalized moving storage service. This includes timeline development for both packing and moving. We also offer end to end coverage of long-distance move, and local support as well. Our customer service works to ensure the successful and timely completion of your move. We also boast the most competitive prices in the area, bringing affordability to your move and storage needs – our guys moving NYC crew will respond within 20mins.

Moving for the first time? a move can be a huge hassle, with one headache after the next. But at Buy The Hour Movers, the job should be so much simpler. With one call to our team of movers and customer service, you’re on your way to a simple process and stress-free move! We can take care of every aspect of your storage, local or long distance move for you, using the latest techniques for having efficient move and equipment to ensure a successful move. Whether you’re moving across town or across the country no job is too big for us, our expert movers at Buy The Hour Movers are here to help keep your move fast, safe, and on-time. 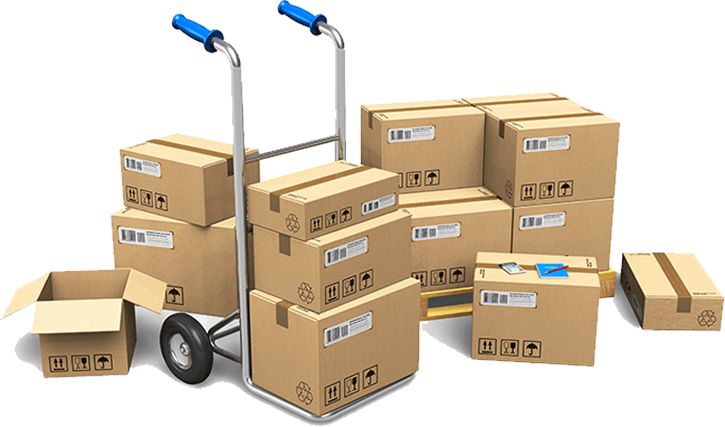 If you’re coming in from LaGuardia Airport (LGA) get on the Grand Central Pkwy from LaGuardia Access Rd. Once you’ve merged, make sure you take the I-278 W to Williamsburg St W in Brooklyn for about seven-and-a-half miles. Take exit 31 from I-278 W. Then, take the drive to Nostrand Avenue.

Brooklyn is a melting pot of rich history and culture, and home to thousands of families. It borders Queens and Long Island, connected to the rest of Manhattan in several bridge ways. There are plenty of places of interest such as the Public Library and Bridge Park.

SAVE YOUR TIME & MONEY – CONTACT NOW FOR MOVING STORAGE QUOTES!

Are you ready to work with the best residential and long distance American moving company in New York? We recommend you to discover the Buy The Hour Movers experience! Our staff is here to complete your move on time, on budget, and everything without stress. We take the stress out of your move by taking care of your belongings, the details and work for you. There’s no need to worry about packing, move boxes, renting trucks, storage, supplies, and moving. We are you complete moving storage solution company in New York!

Ready for your next move yet? Email or contact us today for your pricing quote on our flexible, friendly, and professional moving services!

Other Areas That We Serve

Aside from moving storage services in the neighborhoods of Brooklyn NY and New York City. Our moving experts also do area delivery, packing services, outside of New York such as Florida and other states for long-distance moving.

There are a lot of moving horror stories, things can get some damage, awful support responses, and all but here in Buy The Hour we give you the best price estimates and flat rate quotations. Contact us today for cost estimates and consultations.

Moving storage services is not a problem during this difficult time of pandemic in New York, COVID-19 is an awful experience. By providing you our moving storage services, you can be safe while we move your possessions. Our employees has got the right equipment and sanitary measures to get your stuff from point and to point B during this COVID pandemic. We highly recommend to call our customer support a week before moving for us to set the best schedule for you – Quote Responds in about 20 minutes.

Brooklyn (/ˈbrʊklɪn/) is a borough of New York City, co-extensive with Kings County, in the U.S. state of New York. It is the most populous county in the state, the second-most densely populated county in the United States, and New York City’s most populous borough, with an estimated 2,648,403 residents in 2020. Named after the Dutch village of Breukelen, it shares a land border with the borough of Queens, at the western end of Long Island. Brooklyn has several bridge and tunnel connections to the borough of Manhattan across the East River, and the Verrazzano-Narrows Bridge connects it with Staten Island.

With a land area of 70.82 square miles (183.4 km2) and a water area of 26 square miles (67 km2), Kings County is New York state’s fourth-smallest county by land area, and third-smallest by total area, though it is the largest in population. It is the second-largest among the city’s five boroughs in the area and largest in population. If each borough were ranked as a city, Brooklyn would rank as the third-most populous in the U.S., after Los Angeles and Chicago.

Brooklyn was an independent incorporated city (and previously an authorized village and town within the provisions of the New York State Constitution) until January 1, 1898, when, after a long political campaign and public relations battle during the 1890s, according to the new Municipal Charter of “Greater New York”, Brooklyn was consolidated with other cities, towns, and counties, to form the modern City of New York, surrounding the Upper New York Bay with five constituent boroughs. The borough continues, however, to maintain a distinct culture. Many Brooklyn neighborhoods are ethnic enclaves. Brooklyn’s official motto, displayed on the Borough seal and flag, is Eendraght Maeckt Maght, which translates from early modern Dutch as “Unity makes strength”.

In the first decades of the 21st century, Brooklyn has experienced a renaissance as an avant-garde destination for hipsters, with concomitant gentrification, dramatic house price increases, and a decrease in housing affordability. Since the 2010s, Brooklyn has evolved into a thriving hub of entrepreneurship, high technology start-up firms, postmodern art and design.

Kaya Damaris
Verified
I called and made an appointment. He told me what they charged and there were no surprises at the end. They were fast, careful and also had a great sense of humor. They were a joy and I didn't have to worry about my stuff. If you are moving I can only recommend them!!
Read more

Rick Harmon
Verified
I had a positive experience and the move was painless overall. Arrived on time and got it done ahead of schedule and for a lower price than I expected. No damage to any items or the buildings occured. Buy the hour movers were professional and pleasant to deal with. If I ever have to move again will not hesitate to call or recommend. Thanks!
Read more

Eugenia Black
Verified
Actually, I always hate moving, because I noticed that it is usually end up with breaking something. And for that I decided to call a professional mover and after researching numerous moving companies we dealt with Buy The Hour Movers in Brooklyn NY. Because by reading some google reviews and buy with talking with them, they ensured me that they can help without breaking anything.
Read more

Teri McRae
Verified
We cannot praise Buy The Hour Movers enough for how great they did on our recent move! They were always prompt with replying to emails, and the moving crew were amazing! They made sure to protect any fragile items, moved quickly, and told some great jokes. We had an upright piano to be moved along with our other belongings, and they moved the piano with such ease and worked well as a team. We requested the Truck, and are happy to know that a portion of our bill will be donated to Cancer Care. We will definitely be recommending them to anyone we know that is moving, and will use their services again for any future moves we have.
Read more

Joseph Hodge
Verified
They were on time and wore their masks. Buy The Hour Movers Brooklyn went over everything really well. I loved having all my artwork wrapped carefully and the complimentary wardrobe boxes. Really nice guys and concerned about doing a great job. Thanks, you guys!
Read more

Glynda Roberts
Verified
I chose Buy The Hour Movers in Brooklyn NY because of their great reviews and was not disappointed. They called about 2 hours before my move to say they could start early and we arranged for them to do that. They were friendly, helpful, and was just so glad I hired them. We had three drop off stops to make and they were efficient and quick at each one. They remembered exactly what was going to which location, which was way above expectations. I'll definitely use them again and would recommend to anyone.
Read more

Ashton Weaver
Verified
The service they provided was great. They were exactly on time and worked incredibly fast. They were polite, wore masks the entire time and exceeded my expectations. Will definitely use them again!
Read more

Michael Landers
Verified
Buy The Hour Movers in Brooklyn were awesome from start to finish. They provided us with the best service and price ! We will definitely use them again!
Read more

When you’re looking for professional moving and storage service in Brooklyn, it’s important to look for local movers you can trust. At Buy The Hour Movers Brooklyn - Moving Company Brooklyn, our reputation for top-quality moving services helps solidify our distinction as the best movers around.